Life Vs Death: Moral Ambiguity in John Webster’s The Duchess of Malfi 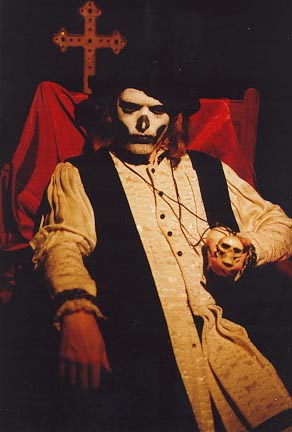 Both of John Webster’s great plays, The White Devil and The Duchess of Malfi, are shrouded in ambiguity, from the motives of the characters to the morality at the heart of the plays. One of Webster’s great achievements is that this ambiguity is expressed powerfully through the poetry. This speech by the Duchess of Malfi’s murderer uses the image of a ‘mist’ to express the overall ambiguity of the play:

Of what is’t fools make such vain keeping?
Sin their conception, their birth weeping:
Their life a general mist of error,
Their death a hideous storm of terror.

Similar imagery occurs again in Act V, scene V, when Bosola is asked how Antonio was killed, and his reply seems to be a self-referential remark about the play itself:

In a mist: I know not how –
Such a mistake as I have often seen
In a play.

The play’s ambiguity presents problems of interpretation. Many critics agree with the sentiment expressed by David Cecil in his essay ‘Poets and Story-Tellers’ (1949) (published in Webster: The White Devil and The Duchess of Malfi, Casebook, Edited by RV Holdsworth).

Webster envisages evil in its most extreme form: and he presents it – so far as this life is concerned – as far more powerful than good. His theology is Calvanistic. The world as seen by him is, of its nature incurably corrupt. To be involved in it is to be inescapably involved in evil: all its apparent beauties are a snare and a delusion.

This is persuasive and there is enough evidence in the play to support this argument. But I don’t think it’s the correct interpretation of Webster’s  intentions.

I prefer Irving Ribner’s assessment from his essay ‘Jacobean Tragedy: The Quest for Moral Order’ (1962) (again published in the Casebook collection). He sees Webster’s ambiguity as ‘an agaonized search for moral order in the uncertain and chaotic world of Jacobean scepticism by a dramatist who can no longer accept without question the postulates of order and degree so dear to the Elizabethans.’

In Ribner’s view, there is a moral balance to the play. On the one side are the ‘destroyers of life’, Ferdinand, the Cardinal and (while he serves them) Bosola. But while these forces dominate much of the action and atmosphere of the play, ‘this world is not the total picture’:

Into it comes the Duchess of Malfi who stands for the values of life, and Webster’s final statement is that life may have nobility in spite of all. The Duchess, not her brothers, stands for ordinary humanity, love and the continuity of life through children.

For Ribner, the unifying element is Bosola, the great ambiguity at the heart of the play. The different roles he assumes serve both evil and good, and ‘can be reconciled to one another only in terms of the play’s thematic design’.

In one key scene Bosola provides a kind of pivot for the imagery representing both good and evil: in Act IV, scene 1, the Duchess curses the stars, defying nature. Bosola replies cynically that her curses are in vain:

Look you, the stars shine still.

But this cynicism is also, through the traditional poetic association of shining stars, an affirmation, as Ribner explains:

While the stars shine there is certainty, for we cannot doubt the reality of the universe and of an illuminating beauty which persists in spite of all.
From the essay Jacobean Tragedy: The Quest for Moral Order by Irving Ribner.

This crucial line is echoed later when in Act IV the Duchess faces her end and proclaims ‘I am Duchess of Malfi still’. Here Ribner sees the central point of the play, where it asserts the final triumph of life over death: